You Are Here: MeProRisk-II: Optimization strategies and risk analysis for deep geothermal reservoirs 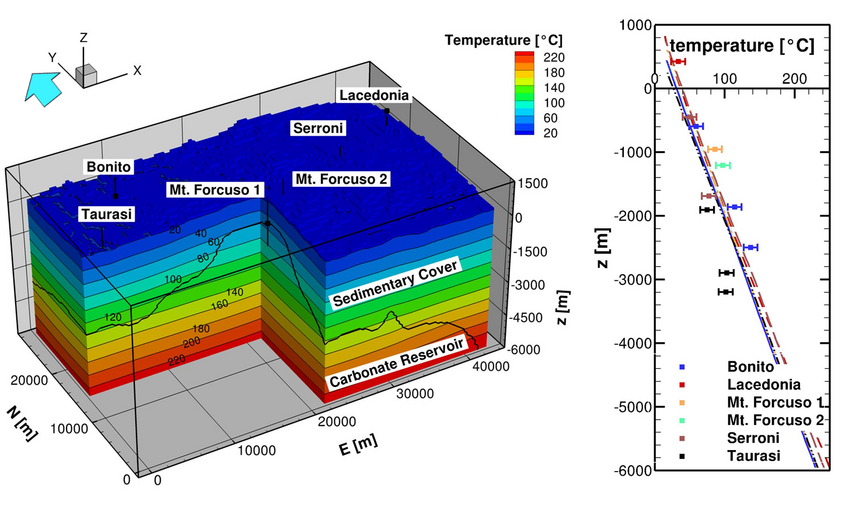 Copyright: © RWTH Aachen Figure 1: Simulation results showing the temperature distribution in the domain as well as the boreholes used for the inversion of the specific heat flow from below. 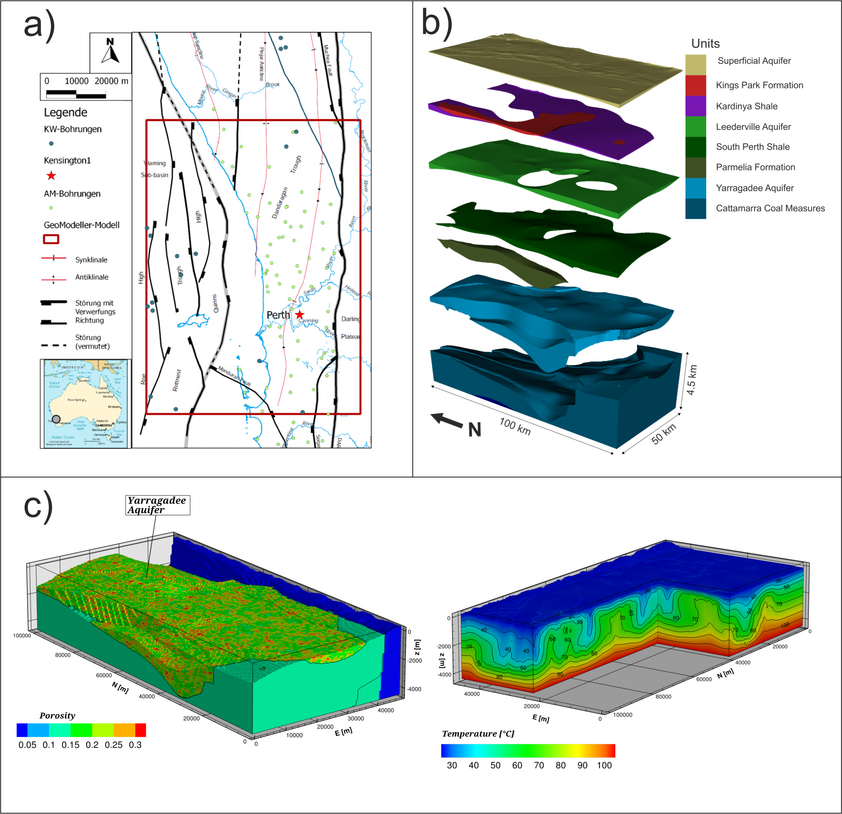